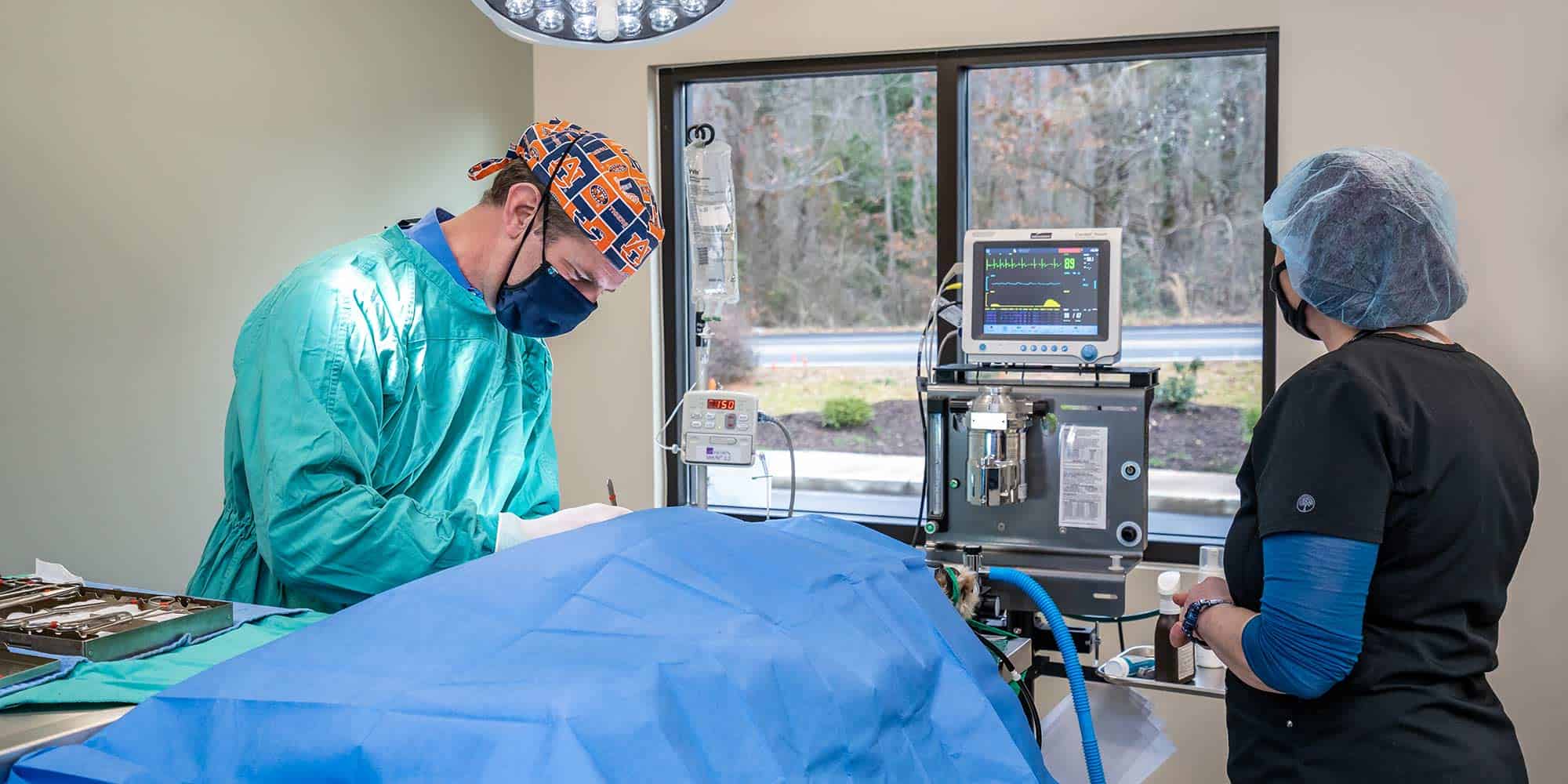 An Expert Team You Can Trust

We understand that anytime your pet is scheduled to undergo a surgical procedure, you want to be sure that he or she is in the best possible hands and that their pain will be managed throughout the process. We have a well-trained team of veterinary surgeons and technicians that monitor your pet every step of the way ensuring the best possible outcome.

Why Spay or Neuter Your Pet?

Unwanted pets are a serious problem in our country. Everyone loves puppies and kittens but the harsh reality is that most of those adorable babies end up homeless once they are no longer cute babies. One of the best, most responsible things you can do as a pet owner is to have your dog or cat spayed or neutered as soon as they are old enough.

Benefits of spaying—A female dog or cat that has been spayed has no chance of developing uterine cancer and has a significantly reduced risk of mammary cancer. Spaying also removes any risk of death due to pregnancy or giving birth. Since spaying completely removes a female dog or cats reproductive organs she will no longer have a heat cycle which will remove the messy aspects of owning a breeding female and curb roaming, calling, or breeding behaviors.

Some large breeds of dog are prone to a condition called bloat. For these deep chested dogs we offer a procedure called gastropexy which is performed with the spay procedure to prevent this serious complication.

Benefits of neutering—For a male dog or cat neutering will reduce or remove territorial behaviors, aggression towards other dogs or cats, and wandering or running away. Male cats will be less likely to spray and male dogs will be much less likely to indulge in embarrassing behaviors. Since the testicles are completely removed during the neutering process the risk of testicular cancer is also removed.

When we schedule a dog or cat for neutering or spaying surgery, we ask that you remove all food no later than midnight the night before surgery. This ensures that the animal will have no food in its stomach that could be vomited during surgery and risk respiratory complications.

We will also ask you to bring your pet in early the day of the surgery, and we will keep him or her overnight. Someone will call you when your pet’s surgery is complete in order to let you know how the procedure went and when you can pick him or her up the next day.

We believe in pain control for all our patients, and we will make sure your pet is comfortable before, during, and after the procedure.

Call us today if you are ready to schedule your pet's spay or neuter surgery or have questions about the surgical services available at Travelers Rest Animal Hospital.